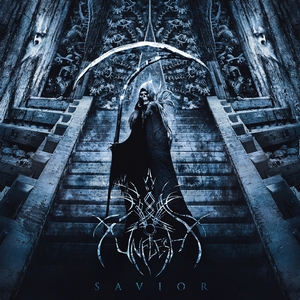 Originally catching our eye at DR through the Transcendence to Eternal Obscurity EP back in 2016, it’s safe to say that some changes have been made in the Unflesh camp. Originally the mostly one man band of Ryan Beevers (of Solium Fatalis), with some help on drums from Hannes Grossmann, it has now formed into a complete band, with two members of Seven Spires rounding things out (Peter de Reyna on bass and Chris Dovas on drums) with some added guitars from Chris Gardino.

The final result of the band’s first full-length, Savior, is one of growth. Given the developments, it’s clear that things are a bit more diverse this time around. But they are also more aggressive as well. The Arsis comparison still fits, as the weave and bob with melodies and frantic speed and destructive riffing is still the key to Unflesh’s success. Considering the ferocity present, many songs contain melodies that feel far too catchy to work, yet somehow they do. Particularly in the second half, with “Disintegration God” and “Caliginous” delivering some fiendishly strong solowork and melodic hooks that are sure to stick with you after the album’s close. But the abrasive material is just as strong, offering some blackened riffing (see “Bestowal of Decay”) and breakneck speed with just the right amount of technicality behind it. There’s some clear musical prowess at hand, but they never take it too far to distort the view of the song. Instead, this effect helps to shape the often high-speed tracks with more of their own identity and give more reason to come back to any particular track.

Technical, high-octane infused blackened death of the highest order await those who check out Savior. Unflesh jump right into the fray with their first full-length attempt, and make themselves a name to get acquainted with. There’s a delicate balance that they have stumbled upon, and one ripe for further exploration. 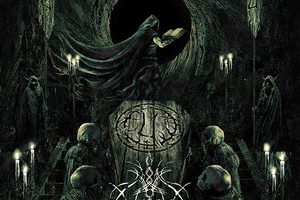