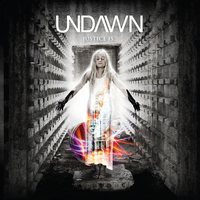 The Dutch metallers in Undawn take some heavy cues from Killswitch Engage and Unearth on their second album, Justice Is. There’s that same aggressive tone to the guitar riffs that bands like those two made famous over ten years ago, with even some of the same chugging patterns during the verses. Then there’s the clean/harsh vocal patterns, which lead the verses with burly shouts only to drop things to near-sweetness on the choruses. Within a few seconds of the opener “Coming Home,” you’ll no doubt get that same feeling of deja-vu. Just about the only discernible difference here is (at least compared to Killswitch) is that the band does bring in some interesting leadwork and solos on a regular basis.

While all of this may sound like a harsh critique of the band, the fact of the matter is that they do the metalcore sound so well that it’s hard to fault them for it. They do indeed have the mechanics down to a science, but they are well done. The clean vocals soar when necessary to lift the choruses (they even brought in Bjorn Strid on “Never Giving Up”), and the heavy riff/gruff vocal verses have all the needed punch to create the needed dynamic to make this type of album work. Deviating from the formula next time around might do the band some good, but Justice Is… provides all the required punch and passion to meet the requirements of fans.