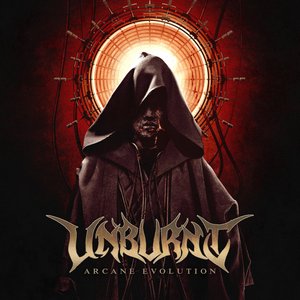 Taking the blackened death metal reins in a way that bends in multiple directions, Unburnt display some interesting potency to their formula. The Canadian act has members established in a few bands (notably Samskaras and Odium), though this marks the band’s first EP, following up a 2016 single. As such, you’d never know it from the quality of the four songs that make up Arcane Evolution.

While blackened death metal lays the groundwork for Unburnt’s attack, the undercurrents bring with it some elements of thrash and modern death metal (yes, that includes a tasteful dabbling into some core-riffs) as well as some melodic indulgences. Bottom line is that it’s heavy and hits you in many directions. The title track is a fine example, as blasting black/thrash/death intertwines itself with some more chugging riffs throughout the time frame, only to switch gears around the 2-minute mark with a staggering solo that then brings up the album’s only clean(ish) vocals before returning to some brutality. These are the type of change-ups that occur frequently in the four songs, and the band packs a lot of material into the 3-4 minute songs, making it enjoyable to just see how the track unfolds. Nothing is sacrificed either, as the changes from frenetic riffs benefit from the greater contrasts with melodies and give them that added pop.

Arcane Evolution seemingly takes the best of the extreme metal genres and puts them into a concise and enjoyable form. While the short EP may feel like a bit of a tease, that’s only because it’s so genuinely impressive from beginning to end. If they can maintain this same feeling over an entire full-length, they’ll really have a gem on their hands.