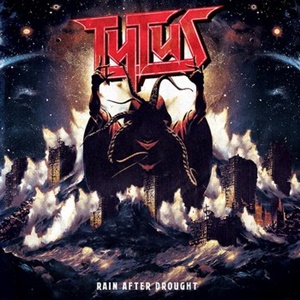 Previously garnering this scribe’s attention with their first full-length Rises from 2016 when on Sliptrick Records, the heavy metal/melodic hard rock act Tytus return for the follow-up second record on a new label Fighter Records with Rain After Drought. What initially grabbed interest is the band’s love for early 80’s NWOBHM and speed riffs, along with the sneering, aggressive and still melodic vocal delivery to capture the spirit and essence of straight forward, energy-laden metal. Could lightning strike twice – as they say artists have forever to polish and hone their initial offering, while most struggle to attain that same level of freshness and creative exuberance the second time around?

It appears the opening two-fer salvo of “Disobey” and “The Invisible” shows the Tytus speed shots and mid-tempo, groovy transitions haven’t lost one iota of headbanging commands – the twin guitar harmony accents, wah-wah soloing, and blitzkrieg bass/drum interplay the stuff that put Metallica, Iron Maiden, and their offspring on the global map. It’s as if you could close your eyes and imagine many of these tracks first blitzing the airwaves in 1983. Ilija Riffmeister and Mark Simon Hell thrust and vault through rhythm guitar pairings and smoldering duo passages that bring out the air gymnastics in all wannabe axe players – check out “The Storm That Kills Us All” and “Death Throes” for some of their best, culturally engaging work. Drummer Bardy matches up well to the progressive guitar/bass hooks to open “Our Time Is Now”, carefully navigating tastefully during the verses in a playful snare/cymbal swing mechanism like many 70’s heroes (Bill Ward especially). During the second half of the record the title track plays out in a two-part saga – the first one very much Maiden-esque in atmosphere with a prolonged instrumental sequence featuring some ripping lead breaks before moving into a bit of a King Diamond-like feel, while the conclusion contains a bluesy, melodic hard rock sheen as a semi-ballad and gives Ilija a chance to stretch some of how lower, melodic range during the verses.

At ten songs and just under 46 minutes, Tytus also understand the proper need for vinyl-length music consumption and dynamic diversity in the track listing from beginning to end. Rain After Drought matches the excitement heard on Rises and locks onto the strengths of twin guitar engagement and shifting tempos track to track to create a strong heavy metal benchmark to start 2019. 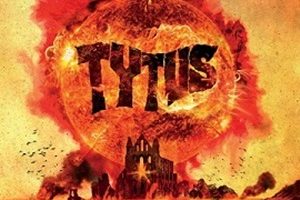