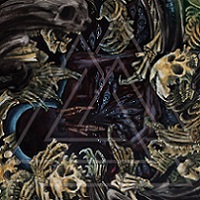 There are all those bands that have gone from brutally dark to light progressive rock, alternative-techno, or whatever else it takes to break from the depressive lunacies of black metal. Frustrating for us followers, right? Let’s turn this whole phenomenon around and see what happens when near-forgotten mainstreamers plunge into the underground to mingle with baleful monsters of metal. Even 80’s post-punk/alternative-rock band Sonic Youth’s Thurston Moore knows once you go black, there’s really no sense in turning back.

Meeting in Moore’s resurgence, Twilight also casts Kreig’s Imperial and Wrest of Von Goat, Stavros Giannopoulos from The Atlas Moth, and Sanford Parker of Corrections House/Minsk. These black metal artisans have recorded and set the release for Twilight’s third and final album, III: Beneath Trident’s Tomb. All six songs drift through an entrancement of hazily sedated atmospheres in thrashing steadfast rhythms, a gnarly cosmos of torrential darkness. Take “Swarming Funeral Mass” – the title, alluring; the song, purely captivating. The introductive melody, magnetized in trudging tempos and deep bass tones, climbs a groundbreaking crescendo into the cue of unrestrained vocals. Thenceforth, they all howl together in the bleak domain.

To match the grotesque moods and strengthen their pungency, the last recording session left the band with some nauseated disconcertion. All is seemingly fine, jams are happening and the final recording is near complete – that is until a homeless man falls through the door and into the studio, wearing no pants and covered in his own shit. The filthy stench was inconceivably repulsive and stunk so bad that Parker almost puked on him. Parker and Wrest literally kicked him out the door and into the street. According to Parker, that moment pretty much sums up the process of making this record.

With excellent compatibility as a supergroup, Twilight have the shadowed tones of black metal and the radicalness of grungy punk drowned in raw sirens and dreary statics of musically mesmeric inventiveness. They’ve brilliantly melded the rawness of their individual talents, furthermore worked together to rid of an atrocious recording-studio intruder. Who needs security? Apparently, these badasses don’t! By all means, III: Beneath Trident’s Tomb is a fantastic closure to a great project of visionary crossings into metal that none of these musicians should ever regret taking on. 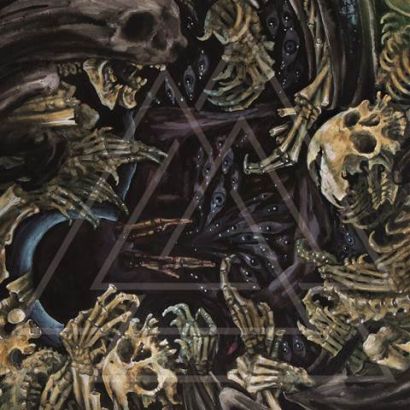