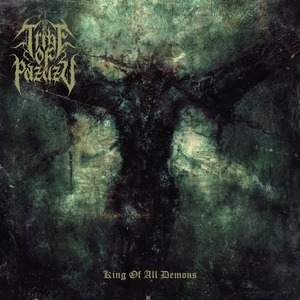 Last year, Tribe of Pazuzu hit the ground running with their admittedly very fun and amicable take on the traditional death metal formula with Heretical Uprising. It was full of furious energy, fun riffs, and featured an impressive line-up of death metal veterans. While John McEntee (Incantation) wasn’t able to return fully this time (he does do vocals on one track though), the rest of the act are back with plenty of vengeance in their souls.

Tribe of Pazuzu’s reverence to the traditional death metal form (think about a good helping of the Morbid Angel variety) and inject some more modern approaches is what keeps it interesting. Flo Mounier’s drum battery is sure to be recognized quickly, while the occasionally stomping riffs give it some break-up in the tempo, even if closer “Retaliation & Wrath” does ratchet up the intensity. But for the most part, this is pretty balanced blackened death metal – meaning there’s plenty of rage to take in, but it’s also all about the songs themselves. The opening title track snarls with vehemence, but some groove also keeps it playful and fun. It’s not overtly technical, but the guitar riffing will definitely keep your interest in the faster sections, in addition to that jovial stomp. Enjoyable leads and solos also enhance the effort here (see “Summoning Rituals”), without cutting away from the upfront brutality while the vocals stay entirely violent (which also eschew the normal guttural display).

King of All Demons upholds the mantra of its predecessor. It showcases a strong group of death metal musicians really cutting it all loose and tearing things up with feral aggression. The energy is infectious from the get-go, and never lets up over the EP’s runtime. It’s not meant to be technical showboating, or a trip through the past – it’s simply a catchy extreme romp that acts as a bulldozer and knocks down anything in its way. 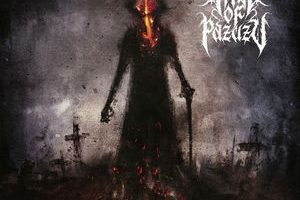