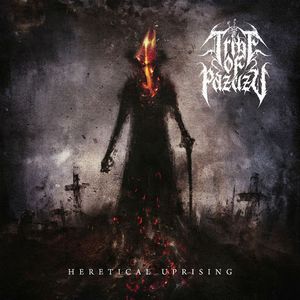 What’s one way to get some people excited about a new death metal group? Get together some of its strongest players on your album of course! Mainman Nick Sagias (ex-Pestilence, Soulstorm) managed to grab not only Incantation’s John McEntee but Cryptopsy’s Flo Mounier for Heretical Uprising. The result, of course, is more or less a ‘90s-inspired death metal steamroller of an EP.

With a reverence to the old, and having some players that are considered legends from it, it’s obvious from the start that you aren’t going to get anything out of the ‘norm’ per say. But for what it is, Heretical Uprising is utterly explosive and in your face for its short runtime. 5 tracks at 14-minutes is the full picture, and the old school mentality of bands like Morbid Angel is clear but it’s also given a more modern injection of some tech. Something that never goes really overboard, but makes things a bit more interesting in tone. There’s a solid emphasis on some melodies within the furious tempos, and a few stomping grooves (“Divinity Destroyed”) to round things out – as well as some rippers on the soloing end. The EP never relents (and nor does it have to), giving the rather brutal attack a favorable polish as it runs in guns-ablaze to each cut.

Heretical Uprising is just plain fun for death metal fans. No other way around it. It takes some very well-established players and gives them some direct and straight-forward tracks to cut loose on. It’s a joy while it lasts, and will probably make more than a few beg for a longer release in the future. 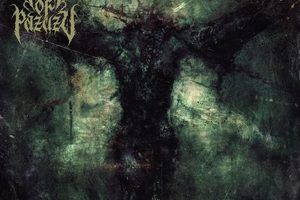