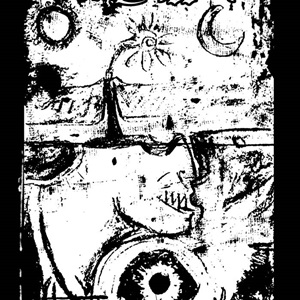 Adversity strikes in every facet of life – how people respond determines positive or negative outcomes. Take Massachusetts act Travel Amygdala. Since the previous This Is Nothing single, only bassist/vocalist Josh Jackiewicz and his brother keyboardist/vocalist Derek remain from the original recordings – piecing together a new lineup following some touring action in 2015. Regeneration has as much to do with the band’s healing as serving for an apropos EP title, providing the listeners with three more tracks of savage, heavy music.

Differing slightly from the previous effort when it comes to shorter, tighter songwriting (only the closer “Invisible” reaches over six minutes), the band still incorporate a musical stew that draws from alternative/grunge, progressive rock, and even sludge/thrash metal for influence and outlook. The first song “Godzydala” may be paying homage to Godzilla in a brutal form, pillaging the airwaves through caustic, drawn out screams (imagine Phil Anselmo against a blood curdling axe murderer), evil, low-tuned chord combinations and extra nuances of Sabbath-ish groove and progressive rock in the rhythm section action – accomplishing so much in under three minutes. The dual impassioned clean voices against the screams and growls for the follow up “Hollow” win as the favorite of the three, the doom-oriented guitar riffs creating this lurking in the shadows vibe. The closer “Invisible” showcases more of the band’s progressive rock affinities, containing winding guitar build ups in the longer instrumental breaks plus Tool/ Primus meets Sonic Youth-oriented bass/drums interplay.

Hopefully now that the quintet seems to have solidified their new lineup, the follow up effort will be a full-length – as the ideas, abilities, and talent present deserve to be heard in a longer format. In the meantime, Regeneration has broad underground appeal for those who love progressive, doom-oriented metal just as much as alternative and grunge nuances – another strong sign that things are heading in the right direction. 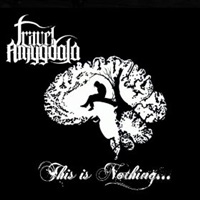 Travel Amygdala – This Is Nothing EP (Self-Released)