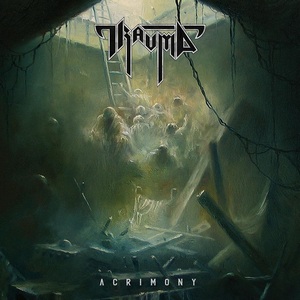 Polish death metal band Trauma have been an act that does a good job of representing what that particular scene is all about with extremity. Championing a sound that is well-written and riff-oriented, with plenty of heaviness to go around, Trauma may not stand out but they do what they do well. As a short, four-song EP Acrimony sees them sticking to their guns and delivering a solid final product.

With three new songs and a cover of Gorefest’s “Reality When You Die,” there’s a solid 23-minutes of material here to chew on. The new tracks have a similar feel to what the band did with their last album (2020’s Ominous Black), and that’s not a bad thing. “The Godless Abyss” takes rolling grooves and thundering riffs, alongside a great melodic solo later on, and hits the listener with all that they’ve got. It’s meat and potatoes for the particular style, but as with their previous material, it’s so genuinely well done that it’s easy to get past it and enjoy the pummeling assault. An assault that sticks with you due to the weaving in of memorable riffs and melodies. The Gorefest cover to close things out is nice – not enough bands cover Gorefest in comparison to other acts, and Trauma does a solid job of conveying the track and it’s grooves.

More of the same from Trauma, but nothing wrong with that. Acrimony is a great EP for fans, or for anyone looking for some good, traditional death metal that emphasizes both brutal energy and songwriting prowess. 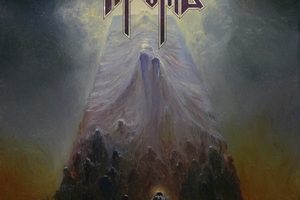