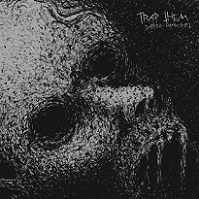 A ringing endorsement from Napalm Death’s Barney Greenway goes a long way toward created a solid front in the underground, doesn’t it? Not like Trap Them needed one, they’ve tearing up dives for nearly 10 years, and their breakout Seizures In Barren Praise was one of 2008’s most rip-roaring albums. Now with the backing of Prosthetic and the excellent Darker Handcraft in tow, Trap Them are going to be more than just Barney Greenway’s favorite band.

Residing mostly in the buzzing hardcore/death metal world that Disfear and Black Breath are swimming in, Trap Them’s sound relies heavily on the fury-on-forty vocals of Ryan McKinney, a dude who apparently has a limitless supply of vitriol. Hopefully he doesn’t…that would be an awfully tough way to live, but man, he sure spits a lot of venom on the album’s 12 cuts, specifically on “Day 32 – All By the Constant Vulse” and “Day 33 – The Facts,” which is probably the most slithery of the cuts presented.

The bulk of the songs here are short and to the point, usually hovering around the two-minute mark which is ideal for those who have little or no attention span. Then again, music as knifing and furious as this needs to leave its mark quickly in order to get the fuck out when the going is good. The only departure from this formula is “Day 47 – Drag the Wounds Eternal,” a spacey, tribal number that coincidentally, is probably the best song of the album, displaying a Great Deceiver-like vibe that is decidedly pointed.

As decisive and quick as Darker Handcraft is, it still has some serious staying power. Plus, there’s some depth, as well as the gnashing and bashing that is more than ripe for the taking. Trap Them are going to be around for a long, long time, kicking our heads in.