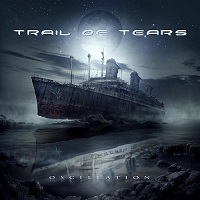 Trail of Tears have never been able to keep it together during their 15-year duration as a band. Founding member/male vocalist Ronny Thorsen has seen members come and go on a Mustaine-like level, with an entire band implosion taking place in Mexico in 2007. Like other central band figureheads who enjoy lineup carousels, Thorsen miraculously hasn’t let the quality dip, especially on 2009’s stalwart Bloodstained Endurance, a magnanimous Goth metal offering if there ever was one. Fitting as it may be, Oscillation is the band’s supposed swansong, with the Trail of Tears lineup having dissolved in January…

Oscillation keeps matters on the heavy side, with only female singer Cathrine Paulson serving as the softer ying to the band’s aggro-Goth yang. Those soft, sinewy moments that most Goth bands fancy don’t factor very much into the equation with Trail of Tears; the gashed riffing gives Paulson an outlet to unleash some rather show-stopping vocal segments, specifically on “Scream out Loud,” while she’s subdued and airy on “Crimson Leads on the Trail of Tears.” From both sides, though, the back-and-forth between Thorsen and Paulson make for some semi-compelling moments on “The Dawning” as well as “Waves of Existence,” a song that is the pick of the bunch.

Leaving behind at best, a spotty, unfulfilled legacy, Trail of Tears did have the good fortune of being able to outlast the early 00’s female-fronted Goth metal outbreak. While that might not be the kind of career-ending takeaway Thorsen and co. were looking for, it’s better than trying to save face for the umpteenth time with a new lineup. Consider Oscillation a fitting farewell given the circumstances. 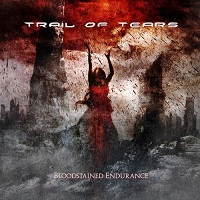