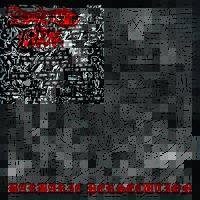 When one thinks of Portland, Oregon, one is drawn towards the hipster culture and of course, Cascadian black metal. But that’s not at all what you are about to receive with Torture Rack. If the name alone doesn’t easily escape that classification, one need only hear a few seconds of what Barbaric Persecution is all about to see that Torture Rack are all about death metal, through and through.

Yes, Torture Rack does have sonic tendencies that will reach back toward old school death metal. It’s something that fans of Obituary and Cannibal Corpse will immediately identify with. The production aids in this regard as well, transporting the listener back towards that era, and there’s a bit of a muddy and grimy Autopsy vibe that is effectively captured as well. But take it for what you will as Barbaric Persecution is full of lively energy and channels the spirit of the times. The songs are decidedly heavy, with in-your-face growls leading the way with the proper amount of aggression. The riffs take just enough groove (without resorting to slam) to sink into your brain, while delivering some ripping solos and occasional speed bursts to make sure your body is crushed by the time the album ends. Just check out “Entrail Intruder” for a little taste of everything the band has to offer.

Barbaric Persecution hits like a bulldozer and keeps things brutal from start to finish. It’s the same path that many have walked before, but Torture Rack have all of the requisite parts to make it an enjoyable listen and that always counts for something.