When Gothic metal is on, its glow can be quite domineering. The hallmark works of Paradise Lost, Anathema, and My Dying Bride proved how versatile the sound can be, allowing bands

like To Cast A Shadow to capitalize on the trinity’s early works. With In Memory Of, the Norwegians second album, its glow and hum is simply vivacious, casting an alluring spell that is hard to resist.

like “Nightfall” create a chilling landscape, as Huser’s chilling siren-wail mesh well with gentle melodies, while the languid melodies of “Oceans Apart,” make for one of the album’s definitive highlights.

Elsewhere, the all-acoustic “Betula” features guest vocals from Nell Sigland of the now-defunct Theatre of Tragedy, creating a nice break-up in the album’s flow. “My Misery” tosses in some atypical (and somewhat necessary) growled vocals, and “When You Leave the Room” is another heart-wrencher, with gripping melodies recalling MDB circa 1994. Same bodes for “Set Afire,” which evokes The Gathering’s halcyon days, albeit with a bit more gusto.

The Goth metal scene is nowhere near as formidable as it threatened to be at the dawn of the last decade when Tristina, The Sins of Thy Beloved, and every other 8-piece act with a buxom female beauty looked poised to become the next major trend in metal. Obviously, that never quite happened, so leave it an emerging act like To Cast A Shadow to give a proper nod to the style’s glory days, all the while forging a brisk new path. A definite newcomer to watch out for. 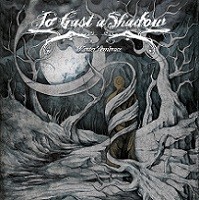