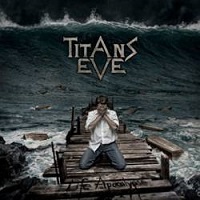 Hailing from Canada, my first ever review for Blistering is an appropriate one; given that Titans Eve list Vancouver, British Columbia as their home

base of operations. Beyond that, what you need to know about this band is that they are also a relatively new entry into the fledgling new wave of thrash bands assaulting the genre over the last few years.

Life Apocalypse is the title of their second release and is definitely a continuation in their evolution of sound beginning on their 2009 EP Into the Fireand following through the full-length The Divine Equal a year later. For the uninitiated though, the band fuse hardcore-tinged vocals, along with a mixture of proto-death/thrash found in many early 90’s thrash acts. Bands like Sepultura and Deceased come to mind as comparisons, but Titans Eve strives to balance modern tendencies with the thrash ethic of old.

What you will find on this release is 11 tracks of finely-tuned thrash metal with a huge emphasis on melody and driving song structures. Take for instance the title track, “Life Apocalypse” – it’s catchy as hell, and laden with some sick grooves and peppered with gang vocals to boot. They follow this through with another catchy song “Hollow Gods” that solidifies itself through the chorus and utilizes harmonious leads to help push home the sound. The same can be said about “Divided We Fall” and “Frozen in Time” (longest track on album) encapsulates the melodic feel you will find throughout the entire release.

Ultimately, Life Apocalypse as a whole exhibits a mature sound that may not appeal to anyone who enjoyed the unfettered rage of the last release. To further accentuate this point, there are also two instrumental numbers that hold the band to loftier aspirations and it helps to refine the sound into a more controlled and melodic direction. I am totally onboard with their continual evolution and I look forward to what the next release will bring us. 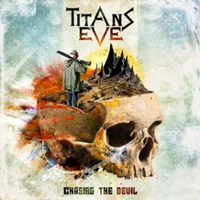