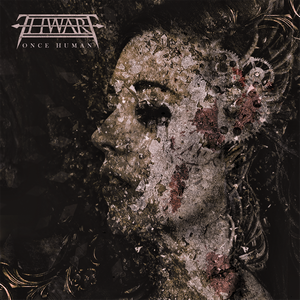 In the thrash game, sometimes it’s difficult to stand out. There are certain approaches that one can take, such as pushing towards the more modern realm or digging in with some meaty grooves once in a while, but thrash can be somewhat static (as with a number of genres). All the more reason that when a fresh act like Thwart comes along, to fully embrace and support it.

Hitting the melodic side of thrash, as well as employing both methods described above, Thwart uses an arsenal of variety at their disposal. That alone gives them a clear advantage, even with a debut album. The switches between frantic, blast-driven chaos with dizzying solos and more catchy, groove-laden segments make songs like “World Inside” a treat to hear. The energy is palpable, and the band seems well adept at grasping when a tempo change is needed to cleanse the palate without overdoing it, also indulging the listener on a particularly monstrous groove. But the group’s secret weapon is vocalist Secil Sen. She frequently uses some fitting clean vocals that come across as outside the box. There’s some genuine power behind them, and match the band’s assertive riffing style. Occasionally she uses some shouted vocals, and has some backing growls behind her (at times, giving the music a near melodic death metal feel), and it gives the band quite a bit of their diverse reach. The melodic portions avoid being too much so, following a more modern image (think Trivium) than all-out catchiness, and it helps merge the division that could have set in with their more brutal and groovy side.

An impressive debut from Thwart. A refreshing take on modern thrash that obeys the overall landmarks of the genre but brings in plenty of it’s own energy and spin, Once Human is a record that many extreme metal fans should get behind. There’s much promise to where they can go from here.