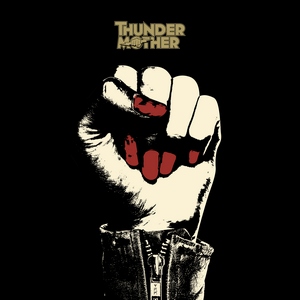 Bluesy hard rockers Thundermother almost faced the end in 2017. 4 of the 5 members parted ways, leaving only guitarist Filippa Nässil to pick up the pieces and find some new recruits. Rapidly, a new 4-piece emerged and their new self-titled release is their collective first effort since. Thundermother proves that sometimes a bit of a line-up change isn’t enough to stop a driving force.

Squarely set into the hard rock/classic rock vibe, Thundermother deliver a batch of catchy and memorable tunes. The only real head-scratcher is that if the placement of “Revival,” which lacks the energy of a few of the other tracks at the front end of the album, and sets the album off to a clunky start. The song itself is an enjoyable one, but the driving and hard rockin’ of “Whatever” feels much more like the natural starting point. But from that point forward, the listener is hit by a series of straight-ahead rocking tracks. “Survival Song” and “Racing on Mainstreet” are the type of tracks that are meant to be enjoyed while cranking the stereo loud. Later tracks like “Rip Your Heart Out” and the AC/DC-esque “We Fight for Rock N Roll” only serve to solidify Thundermother’s ability to crank out this type of material with consistently high quality (complete with some great solo work from Nässil). “Fire in the Rain” switches things up with a more power ballad-y feel, but one that highlights new vocalist Guernica Mancini’s range effectively. Other songs like “Follow Your Heart” and “Children on the Rampage” move into more bluesy territory and gives the album some added dynamic to contrast the more upbeat tracks.

Thundermother successfully take the next step in their sound with this self-titled effort. An enjoyable piece of work that may not veer too far from other likeminded records, but is still soaked in catchy hooks and fist-pumping choruses. Let’s see where the music takes the new line-up into the future. 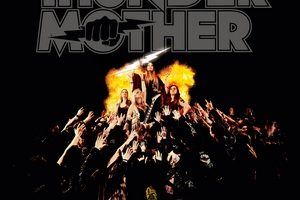