Through the Eyes of the Dead – Disomus (eOne) 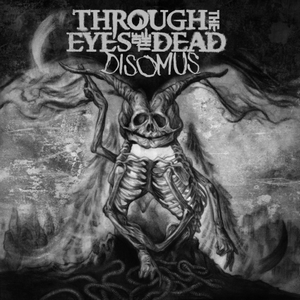 Through the Eyes of the Dead was dabbling into deathcore before it was even named (much like Despised Icon). The act began with 2004’s The Scars of Ages, with flirted equally with death metal and melodeath as much as it had hardcore, and things seemed to only escalate from there. Later works such as Malice and Skepsis served to increase the band’s brutality, with the latter really solidifying a metallic onslaught. But the band dropped out of the picture for a few years, and Disomus is their first effort since 2010.

Those who remember the band’s penchant for modern death metal violence will find Disomus to be a grand homecoming. It’s every bit as visceral as you might expect, but with a few notable upgrades. For one thing, the band has continued to improve their usage of melodic yet scathing solos and leadwork. This marks the debut of Steven Funderburk (Wretched) playing alongside Justin Longshore on guitar, and the two play off of each other quite well. Leadoff track “Hate the Living” quickly reminds one of how the band could combine the essence of older acts like Cannibal Corpse with a more in-your-face hardcore-esque chugging, along with some sleek Swedish influences in the melody lines. Rolling grooves, punishing mid-tempo chugs, contrasting and triumphant melodies, and barbaric guttural vocals are all staples of the first few songs on the album. Then the band decides to explore some more progressive territory. “The Binding Nightmare Hex” swerves from savage to hauntingly melodic in its progression, but never out of line with the band’s mantra. “Teras” and the instrumental “Ignis” also boast of this more progressive feel, and it’s a great move by the band. They don’t abandon their usual brutality, but give it more of an edge by introducing more graceful moments.

Through the Eyes of the Dead come back with a vengeance on Disomus. It’s all of the bone-crushing flavor that the band built themselves upon, but with some additional attention to details below the surface to keep you coming back for more. Welcome back gentlemen.