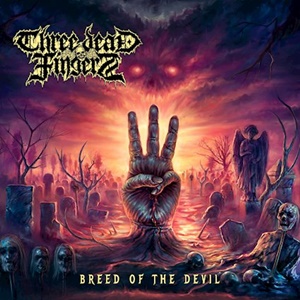 It’s a faster world thanks to technology – allowing younger musicians to gain proficiency at their instruments quicker because of the unlimited resources within the right connections and keystrokes. Swedish band Three Dead Fingers is a quintet of early teenagers (between 13 and 14) – forming in 2015, winning music contests and performing at the Swedish Rock Festival in 2017 plus releasing their debut EP Injustice, setting the stage for this first full-length Breed of the Devil. Because of all the sub-genres past and present at their disposal, it’s quite apparent after a few spins that these musicians want to develop a dynamic sound that incorporates everything from melodic death and thrash to a bit of traditional and even nu/groove metal principles.

Most of the material possesses strong rhythm sensibilities – the type that put acts like Sepultura and Arch Enemy on the map, as it’s hard not to be caught up in the swirling riffs and slower, mechanical-like transitions for “Black Rainbow” and “Pighead”. In other spots the savage, modern influences come up, be it specific styles of screams or guitar accents and groove-laden transitions which ensure “A Virus Called Life” or “Eveline” properly go down a storm with other like-minded teens and twenty-somethings. There is certain seasoning that needs to take ahold, as many times the lead breaks while melodic follow a very basic, predictable pattern – and occasionally there are spots where the clean vocals need a bit more coaching to hit the proper pitches (check out the verses for “Goodbye” as a moaning example). Incorporating traditional metal runs in a thrash-stance for “Celestial Blasphemy” gives the arrangement a galloping energy that takes a bit of Amon Amarth cultural/Viking atmosphere and smashes it into early Metallica/Slayer intensity.

If the core members stay together and gain more live gigs under their belt, the follow-up could see some major strides for Three Dead Fingers in terms of gelling and elevating their creativity and songwriting abilities. For now, this is promising melodic thrash/death that contains raw passion and decent versatility. 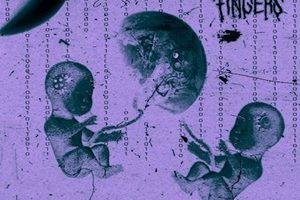