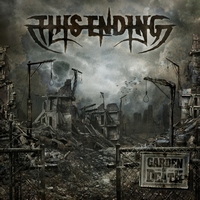 After two full-length albums for Metal Blade and a self-released EP, Sweden’s This Ending finds themselves sitting at Apostasy Records for album number three. The band, forged from the ashes of A Canorous Quintet, takes elements from the older end of the melodic death metal spectrum and focuses on thrashy, melodic riffing in the centerstage – no need to worry about poppy choruses here.

Continuing along the lines as their previous material, Garden of Death is tried-and-true melodic death metal from a band that knows how to write some real fist-pumping riffs. Not afraid to hit the pedal to the metal and move into blastbeat-ridden waters, This Ending does some effective balancing between these faster parts, some chugging mid-tempo thrashing, and moments of slower and more melodically-driven material. The strongest component is easily the ability to weave melodies into the structure, with the title track and “Chaos Within” providing some more epic, slower-paced riffing to inject some strong leadwork. More upbeat numbers such as “Boundaries of Hell” will call to mind The Duskfall, At the Gates, or Mors Principium Est in their adrenaline-fueled regard, alongside some catchy melodies. The only concern some may have is how “inside the box” of melodic death metal the album happens to be.

Genre confines aside, there’s no denying the well-written and well-oiled machine that This Ending have delivered with Garden of Death. While many like-minded bands have gone the way of sugary choruses and keyboard-intensive melodies, it’s comforting to know that bands like This Ending will continue to charge forward with the genre’s initial purity held tight. 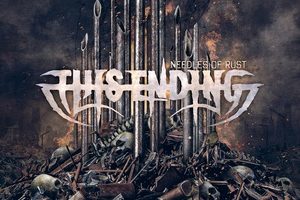