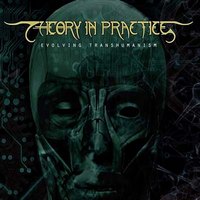 Most of the time, when we come across a single here at DR, it’s held onto for the Rapid Fires or not really paid much attention to. But when the band involved is one that has been M.I.A. for over ten years and is responsible for three of the best technical death metal albums from the late ‘90s/early ‘00s, we can easily make an exception.

As we have already eluded to, Evolving Transhumanism is the first output from Sweden’s Theory in Practice since 2002’s Colonizing the Sun. Guitarist Peter Lake is back, with brother/drummer Patrick Sjöberg in tow, along with new vocalist Andreas Lyngmo. Seemingly picking right up where the band left off after Colonizing the Sun, Evolving Transhumanism’s two tracks are sure to put a smile on any old fan’s face. Both the aptly named “Pandemonium” and “The Amendment of Germplasm” showcase the band’s ability to create insanely speedy technical riffing into a surprisingly palatable formula. Theory in Practice preceded the whole ‘tech death’ movement, so you can expect a bit higher level of “songwriting” than what you might assume based on today’s standards. Two cases in point, “Pandemonium” zips forward with furious speed, yet before the song is over, you’ll hear a lull, complete with some melodic riffs and subtle keyboard enhancements. “The Amendment of Germplasm” has some crunchy, mid-tempo riffs that pour fuel on the fire alongside some gorgeously technical melodies and a scorching solo.

No one really has done technically-inclined metal like Theory in Practice, and they can be easily welcomed back into the fold based on the strength of this single. Fans are no doubt already clamoring for more material (a new full-length would be fantastic), but these two tracks give a taste of what the band always did well, and should introduce them to a whole new fanbase that is ready to explore their exceptional back catalog. 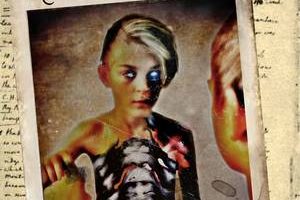