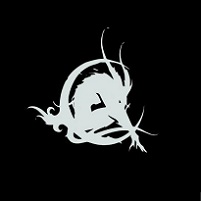 More Katatonia spinoff projects? Yes, seriously, by all means. Thenightimeproject is the brainchild of former Katatonia/current October Tide guitarist Fred Norrman, a man whose distinctive, eerie, yet carefully melodic guitar lines are about as enthralling as they come. He is joined by former October Tide/current In Mourning throat scorcher Tobias Netzell (in full clean vocal mode) and drummer Nicklas Hjertton. Obviously, this is no sunny-day-stroll; rather, a contemplative, slightly experimental outing that crosses into the Katatonia boundaries, but also doesn’t head up as many metal hills as you’d think.

Without regular drumming (seriously, they don’t even pop up on a bunch of these songs), Thenighttimeproject is largely left to Norrman’s devices. His riff choices in this forum are more barren, as heard on “The Annual Loss,” whereas on the fantastic “Among Reptiles,” they chime and hum like a desolate lighthouse overlooking a tumultuous sea. Only “Caustic Reflection” shows up as the most Katatonia-esque song, particularly in the way Hjertton hangs in the back while Netzell croons and moon-bathes all over the track.

As for Netzell, his clean vocal enunciations are suitably warm and caressing. He doesn’t possesses the mainframe darkness of some of his you-know-who contemporaries, but when he’s wound up, there’s some obvious conviction. This is best exemplified on “Desert Prayers” and “Dissolve,” where as noted, there’s a noticeable lack of instrumental girth. But Netzell proves himself to be wholly capable, making one wonder how he’d fare if Norrman gave these songs the full metallic treatment.

With October Tide’s new one about to hit shelves, Norrman has quite the pair of releases to his credit. The man’s guitar playing was often overshadowed in light of who he used to be in a band with, but here, and in October Tide, there’s really no mistaking his compositional and riff abilities. In a context like Thenighttimeproject, the darkness really is coming.