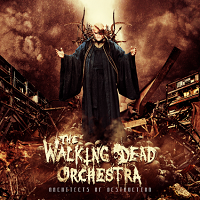 Presumably unaware of the hit television show in America bearing the “Walking Dead” tag, France’s The Walking Dead Orchestra formed in 2011, just as Rick Grimes and friends were starting to have all sorts of fun with the undead. Now, it could be stated the band simply don’t know about the show (which is fine – TV is a waste of time anyway), but for an outfit with such an Americanized deathcore sound, it makes it hard to believe. Either way, their Architects of Destruction debut makes a play via the familiar sounds of Suicide Silence, Oceano, and Whitechapel, ending up as a rather average listen.

It should be said that the brutality meter is way up there, with the five-piece doling out plenty of syncopated chugs, dissonance, and speedy blasts. For the most part, they steer clear of telegraphing their beatdowns, but the rambling, unstructured angle of the tunes doesn’t reward the listener. Instead, it’s a barrage of Yankee traits that to many ears, have been done to uh, death. Now, that doesn’t mean the scathing triplets on “Swamp Fever” or gurgled frog vocals on “Catharsis for the Fallen” aren’t of note, it’s just that a lot of folks have been overrun with such ideas for the last five years, so it sounds a bit tired.

Young bands like The Walking Dead Orchestra who are still working through their nascent period generally don’t have much to offer in the originality department, which is quite the case for Architects of Destruction. Everything about this album is Americanized, from the band’s name, album title, to most importantly, the sounds. That said, if the show is ever in need of a band to provide a literal sonic interpretation of a zombie onslaught, then this might be the choice. 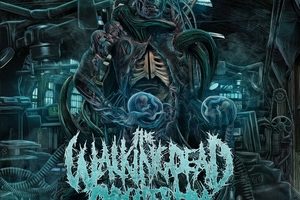