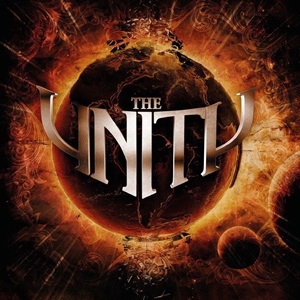 When it comes to newer projects/bands, name recognition often kickstarts interest. Take The Unity, one-third of this sextet perhaps is best known for their work in Gamma Ray – those musicians being guitarist Henjo Richter and drummer Michael Ehré. Discovering mutual common creative interests, Michael filled out the lineup with four members of his other melodic metal act Love.Might.Kill (who released two full-lengths prior to Michael joining Gamma Ray) and we arrive at The Unity and this self-titled debut album. Since all six members also participate in these 12 tracks on the songwriting front, it’s little wonder that diversity across the board yields potent hooks, stellar melodies, and material that runs the gamut from classic hard rock to various forms of melodic metal, as well as occasional tips of the cap to their past pedigree.

Veterans know that elevating blood flow right out of the gate for “Rise and Fall” safely appeases those who desire Michael’s double bass comfort zone and the high caliber upper register for Gianba Manenti, a voice that brings arena crowds to their feet in the Coverdale/Dio mold. Reaching into their classic metal bag of tricks for a doom-oriented, epic arrangement with “God of Temptation”, the chord combinations and slower groove along with marching strains and bigger than life harmonies makes this Sabbath-oriented track an early favorite – especially for those who miss the Headless Cross-era of the group. Uplifting happier melodies often go hand in hand with gritter verses – “Firesign” as a fence sitting example between a heavier, Accept-ish feel and familiar Gamma Ray territory, Henjo and second guitarist Stef E unfurling wah wah pedal and bluesy transitions that make this a mid-tempo delight. Symphonic keyboard flourishes stride valiantly against dual guitar harmonies and bluesy vocals for “Edens Fall”, something appealing to those into latter day Whitesnake, Letter X, or Pink Cream 69. Even Deep Purple strains seep out of the licks and riffs for “Redeemer”, proving The Unity take equal input from classic hard rock tastemakers and turn things into their own.

The Unity surely differs from the faster, power proclivities of Gamma Ray – but will reward listeners with some impressive playing in the melodic metal, classic hard rock framework. 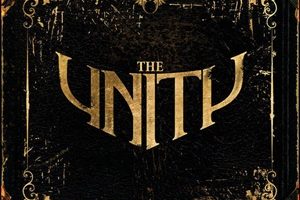