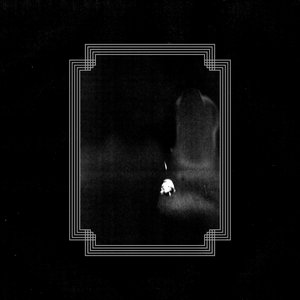 Occasionally the best expression is found in the darkest of moments. Artists tap into all manner of inspiration to create the work that they do and this certainly includes the pointedly baleful year 2020 has been thus far. Eternal Black Transmissions is a work that, by its own admission, is an expression of the soured reality the year has been so far, conceived, recorded, and now released for those inclined to ornament their physical suffering with an aural accompaniment. To quote an unfortunate event – mission accomplished.

Solo artist atmospheric black metal is a dime a dozen and I imagine the cliché concerning its ubiquity may even predate the internet. Fear not, however – while The Suns Journey Through The Night is certainly a one man band plying his trade in the atmo-black realm, there’s a palpable sickness here. A sickness in part bolstered the use of ambient sections and in greater part bolstered by the emphasis on songs and intensive, monstrous sounding instrumentation. A cadence is conjured between the swings of quiet moments of despair and bouts of fury. “Lightning Scars Across a Dead Planet” embodies its title – noisy and blast-heavy end points anchor a despondent midsection. “Watching the Passing of Time as Light Leaving the Body” is a bifurcated experience, a firestorm first half that dumps into a wasteland in the second half. As light leaves the body, so too is the planet rendered unto silent ashes.

Unsurprisingly Eternal Black Transmissions is a grower of a listen, as it is a bleak experience enhanced by a noisy production and an inclination to move at its own pace. At just under 38 minutes, however, it both fits on a single LP (which I’m waiting for) and is made for repeat listens. The band mines the same sort of dejectedness that Australians Pestilential Shadows (though I mourn their post-2014 silence, their prominence has been usurped in my listening, the drums here are colossal at times). Eternal Black Transmissions is absolutely worth your time, whether you’re looking to escape your miseries or embrace them.

The Suns Journey Through the Night on Bandcamp