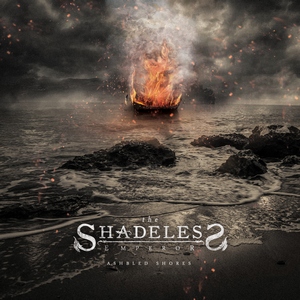 Epic, guitar-driven melodic death metal. A phrase that will definitely beckon the call for many of us on the DR staff. Not the modern, more poppy take, but the good ole melodic death metal that harkens back to a time where the melodies ran supreme. The Shadeless Emperor is a relatively new entry into this area, with only a demo and single under their belt, but they sound like they’ve weathered the times since melodic death metal’s glory days.

What’s interesting is that unlike a lot of bands of this particular style, they manage to capture the essence of the ‘good ole days’ without sounding dated. In fact, there’s a freshness to The Shadeless Emperor that meshes quite well with their guitar-driven, melody-centered attack. It will appeal to those fans of bands like vintage Dark Tranquillity and In Flames, but it’s not even close to being rooted there, musically-speaking. A good blend of all-out thrashing at times (“Too Far Gone”) helps to keep them at the more visceral end when need be, but epic, mid-tempo melodies also get their fair share of the limelight (“Duskfall”). The type of album that you can listen to and just bask in the strong riffing and guitarwork, there’s the aforementioned strong points, but also some clean/acoustic guitar use sticks out across the album and highlights some added dynamics on the ambient front. They seldomly engage in any clean vocal assistance, so when it happens, they put it to good use, in a way that’s more folky and fitting than a simple cut-and-dry chorus routine. In fact, some light folk-ish elements can be found but no one is going to really attempt to put the band into that corner.

Particularly enjoyable for the melodic death metal fans amongst us, there’s enough aggression and harmonies to suit a number of palettes on Ashbled Shores. The sound and feel of a much more veteran act, it’ll be interesting to see in what ways the band continues to evolve into the future.