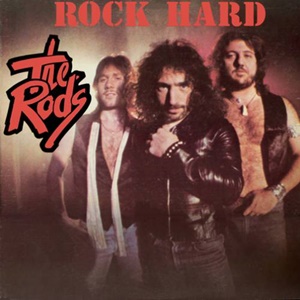 One of the originators of the hard rock/heavy metal scene in upstate New York, The Rods made a solid impression on the European and American scenes during the early 80’s. Cousins with Ronnie James Dio, guitarist/ vocalist David ‘Rock’ Feinstein formed the band in 1980 with bassist Steven Starmer and drummer Carl Canedy, releasing this debut album Rock Hard independently before signing with Arista Records, who rearranged the order of the songs and reissued it as a self-titled outing. The band split in 1986, reforming in 2008 and have released two new studio albums while playing shows and festivals here and abroad.

High Roller Records saw fit to reissue Rock Hard in its original twelve-track order, including two covers from Elf and The Young Rascals, a short “In Your Panties” instrumental in the tradition of early Van Halen, plus nine other original cuts of melodic hard rock with metal tendencies that showcase a lot of Judas Priest, Riot, and NWOBHM influences. Between the three-part vocal harmonies delivered by the trio, the fiery, bluesy-infused lead breaks and solid riff mechanics out of David as well as the energetic fills and impressive, in the pocket drumming from Carl, this material is easy to digest and cement itself quickly into your brain. Be it slinky and seductive with “Hungry for Some Love” to the Priest-like cruising “Power Lover” or the semi-southern charm oozing through “Gettin’ Higher”, these gentlemen knew how to keep the hooks strong, the melody flowing, and focus on essentials in a timely radio-oriented scope. The bare-bones production keeps the proceedings squarely on the music – opener “Sit Down Honey” is an Elf cover with a T Rex “Bang a Gong” feel, while “You Better Run” later on has a bit more of an AOR feel compared to the harder, driving interpretation of the Young Rascals original that Pat Benatar made a big radio hit around the same time.

The Rods may have been more of a cult status act that never quite made the big breakthrough they deserved based on talent, songwriting, and electric live performances. We can still treasure the classics and their place in hard rock/metal history with the early catalog, so if you’ve missed out on this previously, do your best to catch up and crank this loud. 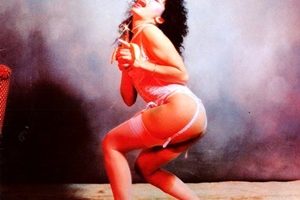 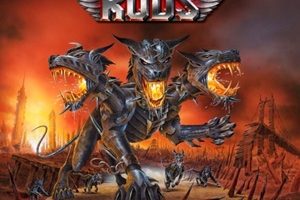 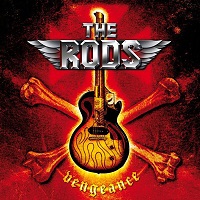