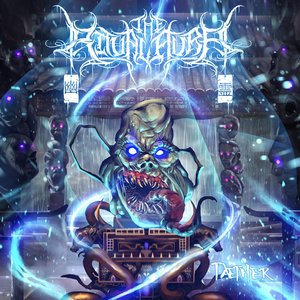 The irony wasn’t lost after giving The Ritual Aura’s debut full-length, Laniakea, some praise for grasping brevity and seeing the 72-minute runtime of the now recently released follow-up Tæther. But expanding the runtime is the least of the changes concerning the Australian act, who have found their own sound in a major way with this release – one that’s bound to impress many more than just the tech death junkies.

Laniakea was a solid slab of Beyond Creation/Decrepit Birth-inspired tech death that pulled out all of the stops. Tæther, on the other hand, is a far more expansive and multi-faceted beast. A far more progressive album than its predecessor, some of the extras added in this time around include some clean vocals, piano, strings, and an Eastern flair. It’s also a concept album that naturally flows from one track to another, to the point where you might not notice the changeover from one song to the next in several instances. Additionally, the leadwork comes off as more melodic and stands as a stark contrast from the more frenetic riffing. That’s right, don’t let all of the progressive elements throw you for a loop – The Ritual Aura can still elicit the same ferocious tech death feats that they have done in the past. Check out “On Wax Wings Ablaze” or “Te-No-Me” to see these riffs at work. But what ends up standing out more is how they integrate everything together – progressive leads, abrasive riffing, and a unique atmosphere – without having it fall to shambles, especially considering the runtime.

There’s a lot to sink in and absorb as you listen to Tæther, but it makes for a rich listen. Fans of acts such as Inanimate Existence or Irreversible Mechanism (those at the more progressive end of the tech spectrum) should be quite inclined to check this one out. With such a drastic increase from their debut, the bar is set quite high for the band – they balance the atmosphere with brutality in just the right amounts, making for an album that’s compelling from beginning to end. 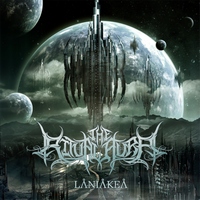