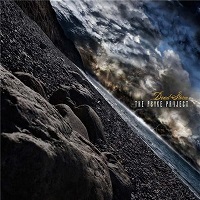 A stark contrast to the overly-glossy sounds currently emanating from Denmark (read: Raunchy, Volbeat, et al), The Psyke Project keep it ugly and uglier throughout The Dead Storm. It has the necessary rumble and roll of post-hardcore alright, but buried deep within are melodic strains just begging to come up, which probably would have boosted this album’s rating and overall accessibility, but perhaps that’s what the above bands

Opener “Fire Blizzards” sways back and forth like a swinging light bulb, cued in by singer

Martin Nielskov’s convincing bark, of which the band relies heavily upon. Nielskov turns in a rousing performance on “Dead People Never Lie,” which is probably the most caustic number here; augmented by a barreling tempo and very intense crescendo toward the back end.

That’s what The Dead Storm does best: it builds and builds, sort of like a non-atmospheric Cult of Luna, minus the unnecessary drivel the Swedes often drag themselves down with. There’s also a striking post-metal element to a couple of these jams, most particularly “Mile High Pillars” and “Polaris,” the latter of which almost takes The Pskye Project into non-metal territory, even though de-tuned-as-all-hell guitars keep most of the album in the metallic vein.

Of what little there is to latch onto with The Dead Storm, The Psyke Project have managed to make a redeemable, frothing album. Nary a glossy, gleaming melody here…The Dead Storm is a difficult, non-discerning body of work that is worlds apart from the very much plastic and gleaming output from their countrymen.