The Oxford Coma – Morphine (Self Released) 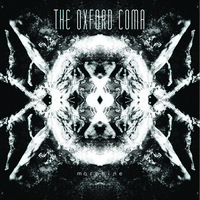 The harder it is to pinpoint a band’s genre, more often than not, the better the music. Whatever it is, it’s interesting, it’s unique and it’s different. Can’t pop in any other CD and hear the same thing, nothing even close to The Oxford Coma’s Morphine anyways. Not many bands from this generation have been able to capture that chill, grungy, anger-bottled, anxiety-raising, psychedelic hard-rock metal sound since the notorious 90’s grunge scene when bands like Alice in Chains, Nirvana and Tool took over metal/rock radio. Buckle up, The Oxford Coma are taking us back to those good old grunge days with jams that urge us to hang out by the river drinking beer and not care to shower for several days. It’s certainly music for the rocking out/tripping out lifestyle.

The Oxford Coma’s upcoming release, Morphine, will be their second record and they’ve spent a good couple years working on it. When composing tunes like these brilliantly trashy works, patience is the key and well worth the wait. What’s really impressive is this six track EP was recorded live, how’s that for raw? No strings attached. Everything you hear is pure talent and oddly great musicianship with an overall radical sound. The first track, “InfraStatic,” is an ambient spacey intro snippet that is quite Pink Floyd-ish. The next track, “My Riad,” kicks off with a gnarly guitar riff and rough vocals that tell us this is something heavy in a most unconventional manner. “Tradition” sets off with a smooth groove contrasted by escalating energy. “Grindstone” is a highlight track (and my personal favorite) with hoarsely spoken-word vocals shedding stunning lyrical verses that sway between grief and aggression, this unnerving melody never grows old: “Come back from where I came… No one remembers my name.” The title track, “Morphine,” strongly embraces the band’s vibrant energy. The consolidating, mildly depressive, atoning sound of the last track, “Black Balloons,” genuinely gives the entire album a sense of completion and closure.

Listening to Morphine is like going on a twenty-three minute trip through a daze of dark channels, mysterious passages and filthy debris. The dynamics are contradictory yet compatible; melodic and harsh, smooth and abrasive. This is thoroughly emotive noise. Here’s a recent statement from the band regarding an upcoming show: “Four drummers on stage at once, people hanging from the ceiling, a light show run by robots, nudity… Not enough you say? Shut up and quit being so god damn selfish and boring. I’ll kill you.” That statement goes beyond appropriate and it’s refreshing to see such head-strong attitudes. This is one not to miss out on.