When the 1990s rolled around, doom was in a state of flux. With Sabbath spinning its wheels, Trouble ready to focus on more basic song structures and Saint Vitus, Revelation and Pentagram either sweating it out or not quite there, it left doom without a face. And even though the holy British trinity of doom (Anathema, My Dying Bride and Paradise Lost) would soon hit thereafter, it’s certifiably a different style, subsequently leaving a gaping hole that The Obsessed filled with its 1990 debut album, hereby getting the reissue treatment from Relapse.

Fronted by certifiable doom legend Scott “Wino” Weinrich, The Obsessed was active as early as 1976 as Warhorse, but it wasn’t until their self-titled debut hit shelves via Germany’s Hellhound Records that things took off. And frankly, there are few truer representations of American doom than this, with Wino’s toasted, bluesy, heavy riffing in charge, along with his whiskey rasp. You can’t draw it up any better. Since remastered, the album’s standout, enduring cuts “Tombstone Highway,” “The Way She Fly” and “Inner Turmoil” are undeniable, home-cooked standards; just a three-piece blowing out speakers and eardrums with earnest, honest jams.

As a bonus, the hard-to-find Concrete Cancer demo cassette is included, a gem of an add-on, heaping on that natural, in-the-rehearsal room (or close) sound. Previously unreleased, it practically makes this reissue a mandatory purchase.

Now back on the prowl in support of this year’s Sacred, The Obsessed, or Wino, for that matter, are doing their best to make up for lost time. In reality, The Obsessed will forever remain exalted because of their self-titled LP, a rare lightning rod of an album that helped straighten out doom when it needed it most. 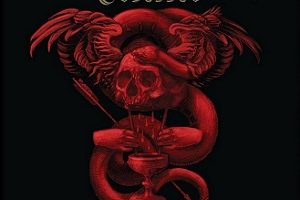