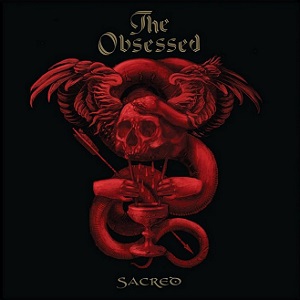 A brief history lesson on The Obsessed: Formed in the mid-’70s by undisputed doom legend Scott “Wino” Weinrich, the band would record a series of demos and a full-length in 1985 before fellow doomsters Saint Vitus came calling for Wino. Wino subsequently reformed The Obsessed in the early ’90s with German label Hellhound (who was part of the same Modern Music umbrella that housed Noise Records) giving their self-titled debut a proper release. The band’s 1994 The Church Within album saw major label release via Columbia, but given the climate, sales were poor and the band was dropped. After a few false-starts and brief reunions, Wino reformed The Obsessed in 2016 for a fresh go-round, including their first full-length since The Church Within, Sacred.

Frankly, Wino has been so ubiquitous over the years with Saint Vitus, The Hidden Hand, Spirit Caravan, et al, that his classic woodsman croon and riff exploits may no longer have the same sheen, even under The Obsessed banner. Jams like “Sodden Jackal” or the punchy “Punk Crusher” offer a variety of fuzzed-soaked riffs and down-to-earth vocal musings from Wino, while the funked-up “It’s Only Money” and the fantastic “Razor Wire” are hands-down some of the man’s best work in recent memory.

In theory, the less doom-oriented songs on Sacred work the best, as in the above-mentioned “It’s Only Money” and “Razor Wire.” We can also toss in the churning “Be the Night” as well, primarily because of its ’70s pure van rock feel. However, it may be fair to temper expectations with Sacred. The Obsessed are highly influential and valuable (there’s no denying that), but doom and its spinoffs have become such a free-for-all that you’d have to wonder if The Obsessed should have made their comeback sooner.