The Negative Bias – Lamentation of the Chaos Omega (ATMF) 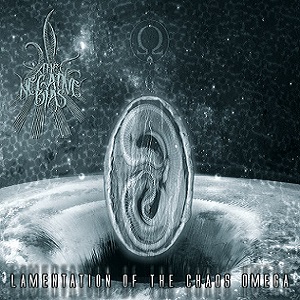 Is it a requirement to have long, wordy song titles if you’re a transcendental black metal band? Like, would these bands be any less sweeping if they opted for one or two-word titles? Such was the thought when scouring over The Negative Bias’s first full-length offering, Lamentation of the Chaos Omega, an album that takes its cues from BM’s complex and whirling end, meaning, there’s a high degree of ambiance and atmosphere, both taking turns, battering the listener.

The product of I.F.S. (ex-Alastor), The Negative Bias, unlike some of the other bands in league with the excellent ATMF label, employ a strong, clear production job. Therefore, when a storm starts a-brewin’ on “The Golden Key to a Pandemonium Kingdom,” it’s effectively lifted up by the power and clarity of black metal’s most questioned era, the late ’90s. However, The Negative Bias don’t quite show the inclination to hunker down with symphonic sounds, instead letting multi-layered riffing do the work. Indeed I.F.S.’s riff ideas are typically explosive and rattling, save for album closer “And Darkness Should Be the End of Cosmic Faith,” the only tune that employs mid-paced action.

A largely worthwhile and blinding debut, Lamentation of the Chaos Omega is the type of near-futuristic, heightened display of black metal that shows just how far the boundary can be pushed. That’s when it all starts to click for The Negative Bias, from the elongated, somewhat pretentious song titles to the vast structure of their songs. It’s a free pass to be transcendental without coming off as high-brow.