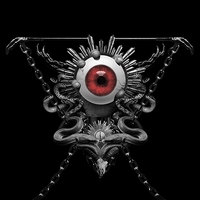 France seems to be getting known more and more for taking black metal and really pushing it to the avant garde extremes. Bastardizing the genre with as many odd and unfamiliar elements as they can in the spirit of trying something new. But not all French bands have this mentality. The Negation, for one such example, just want to provide the soundtrack for Armageddon. Memento Mori pretty much accomplishes this goal.

Not to sound like it’s knocking the band, but this is more or less straight-forward black metal that rightly brings terror back to the genre. Don’t expect any strange curveballs or left-hand turns, Memento Mori simply rages from start to finish. Blast-beats a-raging, vocals a-howling, and tremolo riffs a-picking. The band give you a breather at the start and the finish, but outside of those two moments, expect the action to be non-stop. All of this is accomplished with a slight bit of deja-vu as the album progresses, but that is to be expected, given the band’s approach. For what it’s worth, some of the slow-down moments (such as “Parasite Fail”) contain some surprisingly melodic moments that keep things from being too much of a blur. Best of all is the production, which thanfully eschews the usual black metal aesthetic of raw and fuzzy, opting instead for a more suitable (but not too clean) production that allows the record to stand out.

Sure, you may have heard bands do this similarly, but with all of the experimentation with black metal, isn’t it nice to just hear a band going for it just as hard as they can. There is no higher purpose other than annihilating the listener, and for that, Memento Mori gets the thumbs up.