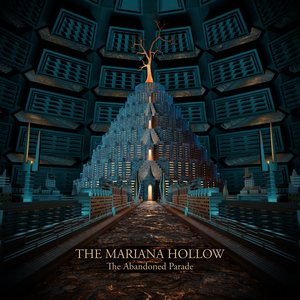 Despite two releases in the earlier part of this decade (and an existence stemming back to 2008), it wasn’t until a few months ago with the release of a lyric video for “Circus” that The Mariana Hollow came into the knowledge of this scribe. A precursor to the release of The Abandoned Parade, it was ear-catching enough in it’s ability to hook the listener with some powerful vocal lines and riff-magic that it became an album to look out for.

The remainder of the album serves up the same thrills as its first glimpse, and the band does a good job of blurring the alternative/modern metal lines with some slight proggy encounters and emotive twists and turns. Picture a band like Katatonia or A Perfect Circle with a bit more bounce to the overall weight of the material, with similar vocals in the sense that they have a distinct personality to them. It’s somewhat straight-forward in the band’s ability to load up on some catchy modern riffs with some real driving qualities to them (see the title track), but for each rollicking track, there’s another one that goes in a different direction. From the closing track, with its light post-metal floaty vibes, to the more prog-ish “Tides” (complete with touching leads) and emotionally potent “Protocol,” the varied flavors of the tracks shine more with each listen. While the music itself reels you in, vocalist Rebecca Spinks is the secret weapon. Her vocals have a real personalized character to them, full of charm and energy, and as the songs move ahead, she manages to lock you in with her charisma in each one – from introspective moments to more pulse-pounding ones.

The Abandoned Parade hits on many levels. Whether it’s the initial enjoyment of the provided hooks, or the nuanced atmosphere that surfaces over time, there’s plenty to capture your attention. A real go-getter to check out if you long for metal that teeters on the alternative and modern realms.