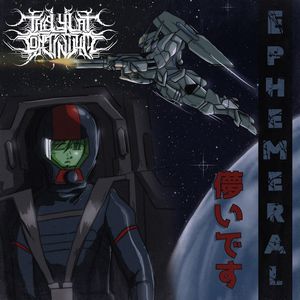 The Lylat Continuum is a new band from Colorado that certainly falls within the realm of progressive death metal. But before you begin to think about a more tech-y affair, know that this will be of more interest to fans of acts like Between the Buried and Me or The Contortionist (from which Jordan Eberhardt appears on bass for this album) than something more tech-riddled and furious. Ephemeral takes something more trippy and atmospheric while still providing some death metal thrills.

With the two acts for comparison, it’s not surprising that there’s a lot of complexity and depth to The Lylat Continuum’s music. Though its all tempered in the end by the occasionally psychedelic moments where a more nuanced and gentle atmosphere takes the lead (see “Epyon”). The integration of the two is key, and more relaxed vibes give an ethereal mood, such as on the proggy yet chill “Level 5,” the blurring between tracks causes the band to really blend things together, and said track begins to escalate in its last minute to zip into “Meta,” where some more proggy noodling starts things off until heavier riffs intertwine with lush atmospheres in a way that feels thrilling yet somehow still introspective. This is definitely something to take in during one session, to really catch the ebb and flow from each track and how things transition – hearing a single track like “Libra” is potent (as one of the more heavy tracks on the release), but it’s even more impressive when sitting between the more laid back “Section Y” and trippy yet uplifting title track that closes out the album and watching the tension build up as it draws to a conclusion.

Sometimes acts like this can falter due to the combination of balancing the atmosphere with heaviness, but The Lylat Continuum provide a strong opening with Ephemeral. It’s got all of the progressive instrumentation one longs for, and just enough heaviness to keep things moving ahead in between stops to smell the atmospheric and psychedelic roses.