The Last of Lucy – Ashvattha (Self-Released) 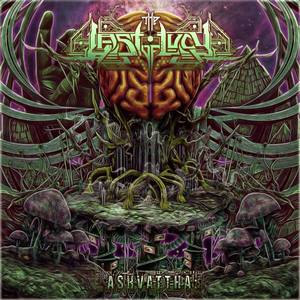 While tech-death hasn’t exactly had the same level of standouts in 2017 as it did last year, it’s not without its hidden gems. Probably one of the final ones of this nature for the year comes with The Last of Lucy. This independent act from California takes the requisite technical prowess and adds in some gorgeous atmosphere (including some jazzy saxophone use) and grind-y chaos in a combo that manages to feel fresh and inspired.

A wide breadth of influences to explore with Ashvattha come into play and make the album a treat to listen to. There’s some quirky rhythms here and there, an Entheos-esque cinematic vibe at times, some straight-ahead tech explosions, and catchy grooves, to add to what was already mentioned. It’s a credit to the band that the sound never goes off the rails into a chaotic mess. Instead, because the focus seems to stem in the direction of writing in reverence to the song (instead of being intentionally flashy), tracks can energetically leap from outright carnage to serene in a matter of seconds. “Advertent Avidity” comes to mind in this manner, with a death metal assault bringing the album to a frantic start. Clever rhythms and well-integrated melodies find their way into the mix without watering things down, and then the song takes a left-turn at the end into jazzy and laid-back territory without any jarring tension in the transition. It’s quite shocking to hear how effectively they can transition from extreme to atmospheric, particularly with the saxophone use. But it’s also due to how well the saxophone parts are introduced – they are seamlessly blended (see “Chapter 1 – Epiphyte”) and really help to set the band apart from some of their peers.

Despite the intricacies in their material, The Last of Lucy keep things rather inviting and friendly. It’s tech enough to quench any fans’ thirst, but the atmospheric and jazzy parts help give them a space all their own, as well as a sense of balance. A promising act to keep an eye on.