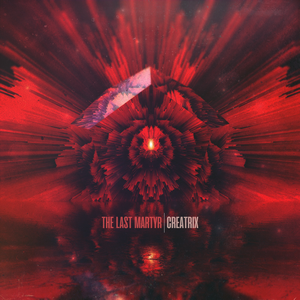 One of those times where you’d never imagine that the band in question was only one year old, The Last Martyr released the song “Into the Black” in 2018 and Creatrix represents the band’s first EP. As a first introduction to the act, it’s pretty apparent that this Melbourne-based band has their finger directly tapped into the scene in all the right ways.

Stirring up a mixture of melodic metal, hardcore, and pop-rock to the boiling point, the five tracks of Creatrix ooze energy. Songs switch gears from being melodic and introspective to raging and snarling with ease, with some catchy and upbeat riffs giving way to burly grooves and moments of restraint. “Stay Awake” is a good example of how they do this, with some gallant NWOAHM-esque riffs merge with some gentle moments and crunchy mid-tempo stomps. Vocalist Monica Strut sells the whole thing with her dynamic vocal range, from harsh screams that push the heavier side of things (see “Into the Black”), but can immediately jump into something more serene (particularly on the melodic highlight “Echoes”). When music leans into the poppier side of things, there’s a feeling that the music feels less ‘from the heart,’ but what seems to be the case across the board for The Last Martyr is that they’ve captured the genuine article – be it that they are cranking out a heavy riff or a tender vocal line.

An excellent starting point for The Last Martyr, as the band understand the type of music they are trying to make and avoid some common pitfalls along the way, while sharpening up their edges. Creatrix falls squarely into that modern metal tag, but it’s full of energy and heart, not to mention an addictive core that will bring you back for many additional sessions.