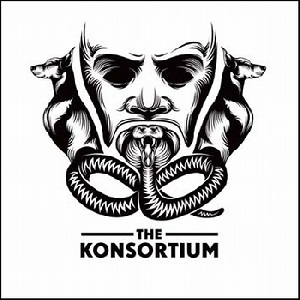 As we’ve come to learn, black metal is a rather malleable subject, able to bend and contort in various directions, most of which Norway’s The Konsortium are willing to attempt. Rudimentary black metal this is not, rather the hyper, cyborg variety that The Amenta, Tidfall, and for a really long shot, The Kovenant adhered so closely to. If it’s any consolation in being lumped in with such an unimpressive lot, The Konsortium wipe out all three of those bands on their self-titled debut.

The main selling point here could be the involvement of current Mayhem guitarist Teloch, although anyone who has followed post-Blasphemer Mayhem knows the band is more faceless and bland that has ever been, so that’s pretty null and void. Instead, The Konsortium gets down fleshy thrash riffing and uneasy-sounding vocals, not unlike Arcturus and Atilla-era Mayhem. Any way you slice, this isn’t par of the course in terms of black metal vocals – The Konsortium seem to put some actual thought into this.

The round-a-about riff sequence in opener “Gasmask Prince” suggests a gateway to thrash avenues, which is quickly dashed once “Lik Ulven” gets off to the races. Buoyed by a hefty dose of dive-bombing guitars that recall Rebel Extravaganza-era Satyricon, “Lik Ulven,” along with the plodding “Decomposers” and “Onwards! Onwards!” supplant the notion that the Nords are content with taking up the rear in the Norwegian black metal race. This is some pretty futuristic and advanced-sounding stuff at the core.

Already a massive success in their homeland (apparently this charted in Norway – good for them), The Konsortium’s brand of nihilistic, unforgiving cyber black metal sticks the landing in a much smoother fashion than their more hard-headed contemporaries. Now that black metal is no longer the shock-and-awe fashion parade it used to be, this definitely counts for something. 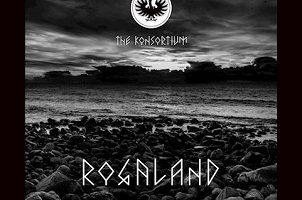