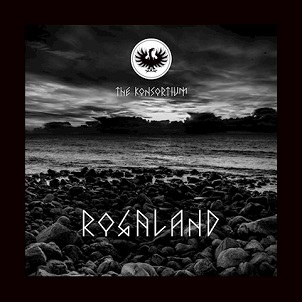 Upon last review, Norway’s The Konsortium found themselves in the constrictive industrial/cyber black metal box, a space that few choose to operate in because of its…constrictive nature. With ex-Enslaved drummer Dirge Rep bashing the skins and Mayhem guitarist Teloch manning the bass, The Konsortium had and still has instant name-credibility, but you’d have to think there was more to the band than some soundscape-trinkets and odd sounds. Seven years since their self-titled foray, the Norwegians return with a more animated, avant-garde effort in the form of Rogaland, a record that is able to harness rapid-thrash technicality with the advanced pedigree on hand.

Rogaland is shaped and defined by the biting, sizzling guitar work of B. Waldejer and T. Jacobsen, who, for a casual frame of reference, manifest guitar riffs in the same futuristic, cold manner that Satyricon did circa 1999’s Rebel Extravaganza. This means the riffs are often played at warped speed — either you catch up or you don’t, and when the black metal funnel cloud starts to form (see: “Fjella”) it’s where the real sonic upheaval happens. Aside from the breakneck portions found on “Fjella,” the catchy, dastardly beating on lead single “Arv” counts as another album highlight, while “Havet” clocks in over ten minutes of icy, hazy black metal.

The songs here — all sung in Norwegian, but no matter — are lively, really just the take-off of where black metal ends and atomic Norwegian black thrash begin, which to some, makes no difference. And, really, it shouldn’t — The Konsortium whip and bash with no regard, casting rigidness to the side for what best can be described as an assault of cataclysmic proportions. 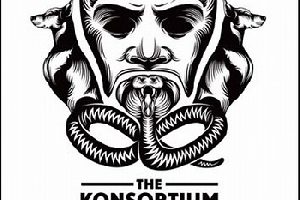