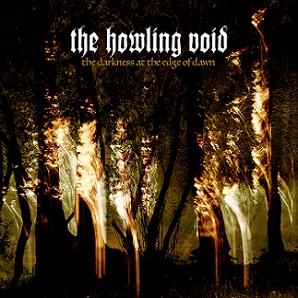 The sixth album from Ryan Wilson’s The Howling Void, The Darkness at the Edge of Dawn is built largely upon the man’s careful, mellow, plodding measures. As in, if we were to coin the phrase “heavy mellow,” then this would be it. Somewhat emblematic of a band on the legendary Avantgarde label, The Howling Void certainly doesn’t lack for atmospheric escapades, many of which are wrapped around Wilson’s non-imposing vocals and for that matter, non-imposing guitar work.

The songs — five in all, each long — are certainly graceful, in particular “A Seed on Stone,” which works wonderfully when Wilson lets the whole thing go and peddles along with a guitar riff like he’s hanging out by a riverbed. It all clicks when tied together with his vocals, which are somewhere between buried and a hand reaching out of the ground. But thankfully, there’s never the predictable death grunt belch; Wilson keeps it all within minimal tones. And while the title track crosses paths with the glorious doom of the early ’90s, “Silence and the Setting Sun” reminds one of While Heaven Wept, a band also of the doom variety, but far more epic than what The Howling Void is offering.

“Contemplative” may be the best term to sum up The Darkness at the Edge of Dawn. While The Howling Void never comes to full bloom ala some of the bands it takes cues from, there’s a certain comfort found within songs that are steeped in melody and atmosphere as this. 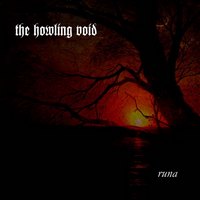