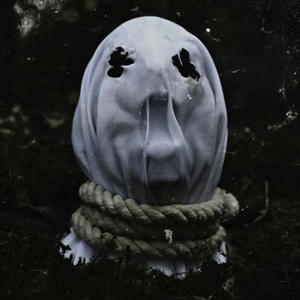 The Faceless has taken a beating over the past few years for dropping off tours (or recently dropping other bands off of their tour) and for not releasing a new album. But it doesn’t really stop there. Many were happy to rip the band a new one for introducing clean vocals (on a more regular basis) on 2012’s Autotheism. That being said, the band continues to shine in their regard to crafting the album that they want, instead of repeating what has already come before them.

The revamped line-up now includes Justin McKinney (The Zenith Passage) and Ken Sorceron (Abigail Williams), and feels like the strongest version of The Faceless to date. With what seems to be a strengthened resolve, there’s plenty of experimentation and furthering down the rabbit hole with this album. Many more synths and samples are present (and even industrial elements with “Cup of Mephistopheles”), the vibe tends to be more melancholic at times, and some jazzy bits are quite common (including some excellent flute work in “Digging the Grave”). Michael Keene’s clean vocals feel better integrated into these tracks than last time around, and Sorceron’s harsh vocals give the band a fresh vibe in that front. From a musical standpoint, there’s a lot to digest. Between the intricate riffing, jazz scaling, occasional nods into other genres, and contrasts into more progressive and melodic territory, it’s an album that will keep you interested as it shifts gears regularly (but with purpose). Look no further than their interesting cover of Depeche Mode’s “Shake the Disease,” which fires off spiraling and technical riffage amid the still melancholic chorus. The slight negative comes in the form of the two unnecessary interludes, opening the album and then allowing for a reprieve that doesn’t feel necessary, and a slightly weaker end to the album than its first few tracks.

Ultimately, In Becoming a Ghost is successful in allowing The Faceless to alter their formula while still keeping a semblance of their sound intact. While some may gripe about some of the outside incidents surrounding the band, there’s no denying that they can pen some incredible music when the time comes to put up or shut up. Hopefully we won’t wait another 5 years for a follow-up.