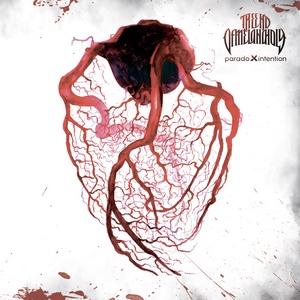 After checking out their single for “The Demon” early in 2018, the stage was set in anticipation for the band’s first full-length effort. One year later, and now we sit with Paradox Intention being released to the masses. As evidenced by said single, they are a hard band to really place into a defined category, which should be to their advantage in the future.

Alternative/modern metal riffing, pulsating industrial and electronic effects, gothic atmosphere, and some other trimmings give The End of Melancholy a lot of ground to cover. But it also helps to give them a voice that distinctly belongs to them. Sure, there are some familiar elements to check out but the way that they put things together is frequently inspiring and pulls together some serious hooks. Front in center is vocalist Olly Lex, who employs some potent vocal lines with real power behind them (matching the usually gritty guitars and electronics) and even dives into some shouted vocals from time to time that are definitely brutal but not off-putting to those who don’t go for them in this setting. The tracks are pretty straight-forward in their approach, and model the ‘trim the fat’ ideology. They go right for the hooks and catchy atmosphere, and a bit of the groove, and it works. From a more modern sounding track like “You Never” (arguably leaning more alternative than metal) to more massive and riff-y tracks like the epic sounding “Nightmares are Forever,” it’s quite easy to be brought into the fold. At only 30-minutes overall, the 8-track release is of the variety that is easy to sit down and repeatedly listen to without a second thought.

Paradox Intention gives The End of Melancholy an excellent launching point. The directions that they explore could all bear fruit for the band in the future depending how they decide to venture further. But in the here and now, there’s a lot of positives to explore while diving into this album.