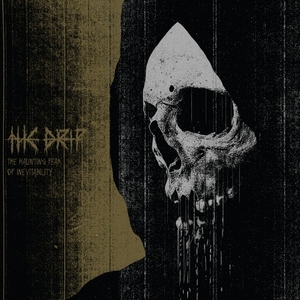 After a few EPs, most notably 2014’s A Presentation of Gruesome Poetics, The Drip have finally made good on delivering a full-length album. Effectively doubling the length since said EP, The Haunting Fear of Inevitability is almost 32 minutes of grind – but to leave it as simply grind would be a disservice to what the band has accomplished here.

Grind with influences from bands such as Nasum and Rotten Sound has its place in the band’s repertoire for sure, but aside from modernizing that particular style of grind, they incorporate a wider swath of styles than you might expect. There’s also a sizable amount of d-beat/crust to be had, which makes the feeling of each track even more urgent in tone. But what The Drip does best is write songs. An odd comment for the grind scene, with explosive bursts of violent riffing being par for the course, but consider The Drip to have a little restraint. By restraint, it means that they don’t simply bulldoze through each song, making sure that the tracks have some variation in speed for one thing. Longer tracks (read: over three minutes) like “Covered in Red,” “Wretches,” and “Painted Ram” show the band as being just as capable in inciting punishing riffs at both devastating groove as well as grinding tempos. These fluctuations indeed make the difference between an album that would be sheer velocity into one that is more nuanced and memorable, yet retains its savagery.

The Haunting Fear of Inevitability packs a wallop when it comes to visceral riffing and intensity, but it doesn’t rely on speed alone to do so. Killer grooves and some d-beat adds to the variety that The Drip has to offer. This one should grab the attention of the grind community rather quickly. 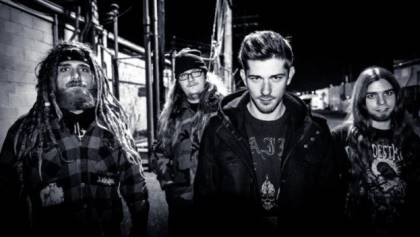