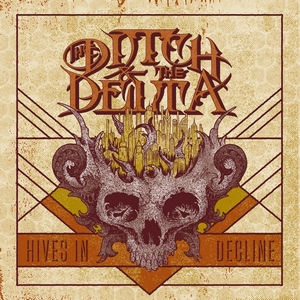 You have to figure that you are onto something if you release an album earlier in the year and you are approached by a larger label that wants to re-issue it and sign you. Such is the case for the sludge-rockers of The Ditch and the Delta, who first released Hives in Decline through Battleground Records a few months ago, only to be approached by Prosthetic, who are now re-issuing it.

What’s interesting about The Ditch and the Delta is that there’s a certain amount of debt owed to bands like early Mastodon, Kylesa, and their ilk, Hives in Decline never comes across as straight sludge. Instead, as you maneuver through the album, you can find bits and pieces of a slew of influences – everything from the more traditional doomy crossover to elements of noise, mathrock, hardcore, and progressive. By using a variety of different tempos and settings, it allows the 36-minute album to simply breeze right along. That alone is worth mentioning as well – after the first two tracks, the band sticks to a more compact timeframe with each song, forcing them to meld these different ideas down to their essence. They can take heavy, wall of sound-type stuff (see “Till Body Quits”), pull off slithering fuzzy doom (“Dread Spectacle”), or simply fire away exquisite leadwork over more rock-ish and psychedelic territory (“Fuck on Asphalt”). Compared to your usual sludge album, there’s a lot to take in and digest, which adds character to the band’s persona as well, rounding out a vibe that may initially seem familiar but ultimately has more going on than you may expect.

A favorable beginning for this Utah-based act, Hives in Decline takes a format that has been gaining traction and sprinkles some additional depth to it. Easy to see why the buzz is building around them, and sets them up for big things moving forward. 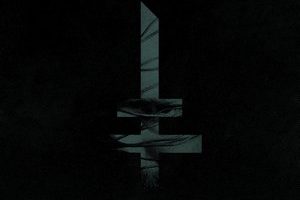