The Devil – The Devil (Candlelight Records) 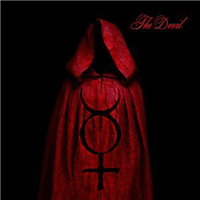 We’ll get to The Devil’s very curious stage get-ups in a second, but listening to their self-titled album is like watching an episode of HBO’s The Newsroom. Shown in the coveted time slot after True Blood (which this scribe’s girlfriend and aunt are quite fond of), The Newsroom’s premise was to replicate the setting of a bustling newsroom when breaking stories are happening. The show took recent events like the BP Oil Spill and killing of Bin Laden and had the cast report them as if they were actually happening. In essence: you know what was going to happen, it was just told through a different lens.

The Devil has done close to the same thing, foregoing traditional vocals altogether in lieu of voiceovers from various world-changing events, like the 9/11 tragedy (“World of Sorrow”), the assassination of John F. Kennedy (“Devil & Mankind”) and the nuclear arms race (“Extinction Level Event”). Granted, no one should balk at learning more about American history, but there are far more interesting ways of telling these stories than lifting their voiceovers and dumping them into a song. In fact, the samples can get a little grating after a while…you feel like you’re being spoken to by a television, actually.

Musically, The Devil has gone the post-metal route, preferring to rely on bare-bones riffs and the occasional keyboard part for some atmospheric lift. It’s rather rudimentary stuff, a lot of which sound a little too designed to serve the voiceovers, when it should be the other way around. However, some fancy melodic touch-ups make their way into “The Silent City” and “Alternative Dimensions,” so The Devil is not a lost cause on the musical front. At least they’re not trying to pimp retro metal.

The band’s obvious resemblance to Ghost is what is going to create an instant divide amongst those who think Ghost’s attire is a unique entity (it’s not). And The Devil can’t paint it as an unfortunate coincidence like Lordi tried to when they claimed they’ve never heard of GWAR…The Devil look much like the Swedes. Furthemore, their name couldn’t be more misleading.