The Descent – The Coven of Rats (Suspiria Records) 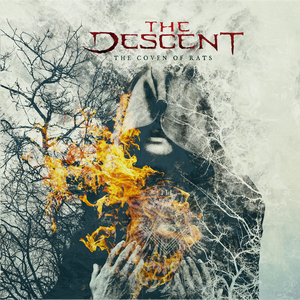 It’s pretty much a known fact at this point that many of the DR staff have a hankering for the melodic death metal genre, despite how we may branch off in our musical preferences from there. So we usually leave no stone unturned in finding new acts of this particular variety. Spanish band The Descent is the latest to fit the bill here, who make their presence known on their second album, The Coven of Rats.

Much of your enjoyment factor for The Coven of Rats will depend solely on your love (or lack thereof) for the melodic death genre. The Descent do everything necessary to place their nametag in the genre, and there’s not much past that point. It tends to fall towards the modern end of the spectrum, with some frequent uses of electronic elements and synths, but they do thankfully shy away from more melodic vocals (there are a few gang-styled vocals though). Instead they retain a heavier edge, with most of the melodic gruntwork falling squarely onto the guitars to deliver the melodies, alongside plenty of galloping thrash tempos. On the band’s behalf, this is their strong suit, with songs like “Seeds of Madness” and “Ten Times Stronger” using a solid balance of more frenetic speed and intensity to counter a few melodic breaks. The leadwork often shines brightly on the band as well, with it playing a major role in the song structure – something many more modern melodeath acts tend to ignore or put to the side.

Fans of earlier Soilwork and In Flames will certainly see the merit of The Descent, even if it does usually fall into the realm of musical comfort food. Their collective musicianship keeps it engaging, despite the familiarity, but if you aren’t a melodeath fiend, this isn’t going to strike you in quite the same manner.