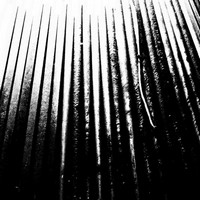 Some may remember The Crinn’s last release, Dreaming Saturn, which appeared on Nuclear Blast back in 2010. Clearly, there’s been a bit of downtime since that point, with minimal news of the goings-on within the band until late last year, when the band offered up a few cuts from what would come to be Shadowbreather. For those in the know, Shadowbreather continues in the same direction as their previous material and for everyone else…read on.

There’s a lot going on in The Crinn’s sound. The first thing that one will pick up on is the chaotic and often spastic mathcore-isms of say, The Dillinger Escape Plan. This becomes apparent before the short opener “Wanderman” drops out, with frantic, technical riffing and psychotic screaming permeating the mix. But there’s oh so much more to the band than simple Dillinger references. Adding to the sense of frenzy are grindcore influences that inject some blistering speed in from time to time. There’s a strange sense of beauty to some of the grindcore influenced riffing, taking a nod from Gridlink’s Longhena, and the subtle melodies of “Lurking Light” do not go without note.

A successful attempt by the band to give long-time fans a new album to revel in after a lengthy disappearance, Shadowbreather is solid. While some of the transitions are a bit jarring and take some getting used to, there’s also an appreciation for all of the inner mechanisms that are moving about at any given moment. Certainly an album that’s bound to draw many for a repeat performance, once you “get” it, prepare to listen to it a few more times in a row.