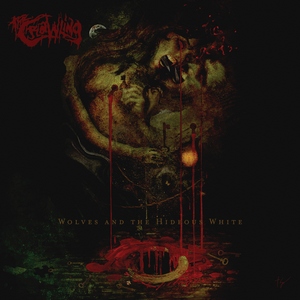 Dropping their debut full-length, The Anatomy of Loss, in the spring of 2017, it hasn’t taken Ireland’s The Crawling much time to deliver a proper follow-up. Their debut had some promise behind it, with a doomy mix that wasn’t afraid to abandon the churning nature of the material and deliver some righteous aggression, and the bands sits in a comfortable position here with album number two. A gloomy yet brutal affair.

Given the time span between releases, those already hip to the band should be familiar with what’s being offered here. Wolves and the Hideous White more or less focuses on tightening up what worked last time around and giving it some more space to breathe. Not a bad thing in the least, and this record shows a bit of an upswing in terms of transitioning from more morose and downtrodden riffing into the more old school death metal carnage. The Crawling does well to work within the lines of either genre, whether it’s an entirely doom-ridden passage that opens up “Drowned in Shallow Water” (a track that maintains its delightfully gloomy sheen over the entire track) or a chunky, headbangable mid-tempo excursion on “Rancid Harmony.” There’s also an increase in the melodic portions of the material, particularly when the tempo slows to an effective crawl (such as “A Time for Broken Things”). Considering the overall doomy and bleak vibes, the band also does well to avoid maxing out the time-length on each track, settling in with tracks that range from the 4-6 minute span, providing enough space for the songs to build up tension and release without becoming bloated and meandering.

Wolves and the Hideous White works as a more cohesive and enjoyable step up from The Crawling’s debut. The formula is comfortable but evolving, with an emphasis on melody and depressive flair that should continue to win fans over. An excellent job of genre-blurring. 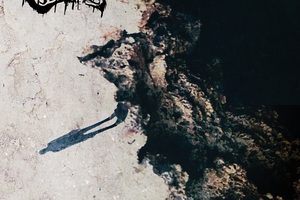