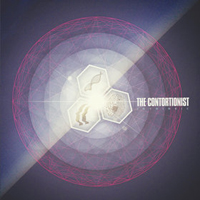 Aside from being a rather quality band, Between the Buried and Me should be credited with the creation of the formula for modern technical/progressive metal bands

. And since we all like a good formula (not really; math is not this scribe’s long suit), it consists of the following elements:

-Ability to play one’s instrument rather proficiently
-Fondness for weird time signatures
-Aversion to black clothes
-Similar aversion to long hair and/or heavy metal-styled accoutrements (there are exceptions, of course)
-Keyboards…atmospheric ones
-Propensity to be conceptual, possibly too conceptual
-Good cop and bad cop vocals; extra onus on the soft and sweet vocals for the ladies

Part of the latest line in BTBAM baby bands, The Contortionist bear quite a few similarities to the band that probably helped spawn them, and on their second album Intrinsic, the quintet dole out a rather cerebral, almost restrained offering. Whereas their 2010 debut Exoplanet was at points, brutal and overbearing, Intrinsic is much more restrained. Perhaps the real translation is that they’re making a beeline for Cynic-ville, all the while barely remaining conceptually upright and in the good graces of the ‘core kids

Vocalist Jon Carpenter gives his keyboards a lot of face-time, replacing the flick-of-the-wrist breakdowns that nearly took over Exoplanet. This approach will probably land the band more suitors in the Rush/Porcupine Tree camp than BTBAM’s, although the punishing moments on “Feedback Loop” and “Sequential Vision” are firm and brutal to the max. These scant traces of The Contortionist’s deathcore origins move the needle across the album’s 10 tracks, for the presence of soft, airy prog movements appears to be the band’s calling card at the present time.

By throwing everyone for a loop with Intrinsic, The Contortionist could find themselves stuck in the middle of ever-happening modern progressive metal movement, and the gray-haired prog heritage gang. Still, Intrinsic is able to strike that elusive balance between Cynic’s peaceful wanderings and BTBAM’s tech-y downward surge. If they play their cards right, they’ll no longer be part of the formula.