The similarities are inescapable…and uncanny:

More than likely, The Chariot didn’t mean to copy the album art for Exodus’ long-overlooked Force of Habit album from 1992. It’s probably coincidental and it’s not like bands send out Internet search parties to make sure they’re not copping someone else’s album cover. In this day and age, it’s probably a good idea, so The Chariot gets a mulligan for One Wing. (And yes, Force of Habit is a better album than One Wing. Which isn’t saying much.)

The fifth album from the band, One Wing is a discombobulated assemblage of wry post-core kinetics, gussied up with the cackle and caw of vocalist Josh Scogin, who probably still hasn’t lived down his departure from Norma Jean roughly ten years ago. The Christian metal scene can be so unforgiving. Tee-hee. And as the band relates in the various press clippings that accompany the album, the “let’s go for it!” approach is in full swing here. Sometimes it works, sometimes it’s as if the band is being weird for the sake of being weird, like on the spaghetti western interlude on “First.”

Because One Wing is so all over the place, there’s little chance of anything being taken away from it, which is the album’s biggest downfall. The Chariot has no problem whipping up a spazz-core ho-down on “Love.” or the noise-infested “Tongues,” but you’re not going to get anything out of it. Plus, if a band has to go out if its way to say one of their albums is “weird,” then it’s probably not. It’s just directionless noise. 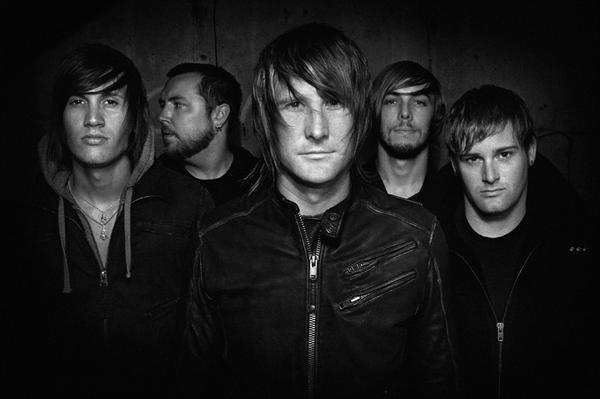 THE CHARIOT To Embark On Farewell Tour